Foxconn's factories in Chengdu, Shenzhen and Zhengzhou have reached the second and third stages. Especially in the Zhengzhou factory, a CNC (CNC machine) production line has been fully automated.

According to foreign media reports, Dai Jia-peng, a manager of the Foxconn Automation Technology Development Committee, disclosed that the company plans to reduce the number of factory employees in mainland China in three stages. This goal has been achieved in some areas.

Dai Jiapeng told DigiTImes that in the first phase, individual jobs in the factory will be equipped with robots to complete too dangerous or simple repetitive tasks for people; in the second phase, robots will be used throughout the production line; in the third stage Only a small number of employees can complete production, logistics, testing, inspection and other work. 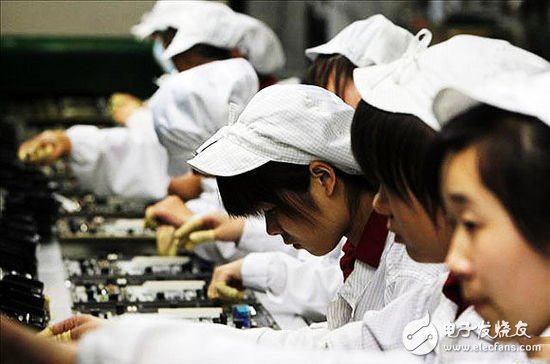 Foxconn plans to deploy more robots and has reduced thousands of employees. Dai Jiapeng said that Foxconn's factories in Chengdu, Shenzhen and Zhengzhou have reached the second and third stages. Especially in the Zhengzhou factory, a CNC (CNC machine) production line has been fully automated.

According to Dai Jiapeng, Foxconn has deployed more than 40,000 â€œFoxconn robotsâ€ to date, capable of producing about 10,000 robots per year. In addition to industrial robots, Foxconn is still developing medical robots. Dai Jiapeng pointed out that industrial robots cannot completely replace people because people can quickly switch from one task to another.

Robotics will benefit Foxconn in many ways, including faster product production, lower labor costs, and the ability to exceed competitors. Switching to robots has reduced Foxconn's thousands of employees and may affect the economy of some Chinese cities.

Some plants are almost completely automated

The first phase is to set up automated workstations for jobs that are too dangerous or for jobs that human employees are unwilling to do. The second phase is to automate the entire production line. The third phase will automate the entire plant, leaving only a few human employees responsible for overseeing production, managing logistics, and deploying testing and visual inspections.

Dai Jiapeng said that the Foxconn factory in Chengdu, Shenzhen and Zhengzhou has achieved the second or third stage.

Some plants are â€œlights outâ€ and require minimal human intervention on the production line.

Foxconn automates its production lines by developing its own robotics technology. The company can produce up to 10,000 robots per year and has deployed more than 40,000 robots in factories across China.

Foxconn's poor working environment has caused many employees to be overwhelmed and even committed suicide, and triggered the famous "N-jump" incident. In order to prevent similar situations, the company had to install a safety net at the factory.

There have been frequent rumors that robots may replace human employees and cause some panic. But unlike in the past, this so-called â€œrumorâ€ has become a reality in more and more companies and industries.

For example, Uber tried to replace the driver with a driverless car. Google (microblogging) also cooperated with Fiat-Chrysler to launch a car service, hoping to replace taxis in many cities with driverless cars.

Since Hitachi produces robots that understand English and Japanese, and even communicates with human users, customer support representatives may also be unemployed.

But the most unemployed may be the fast food industry. Wendy's is currently installing self-service dining tables in 6,000 restaurants, and the US minimum hourly wage of $15 is the main incentive for this adjustment.

McDonald's is also testing a similar buffet table. McDonald's former US CEO Ed Rensi said last year that the $35,000 robot is better than the $15 an hour human employee, both in terms of cost and efficiency.

This trend of change can also be seen at the National Catering Conference in the United States, where robot manufacturers often take the opportunity to showcase their latest products.
Last summer, a company called Momentum Machines developed a robot that can make 400 burgers per hour and launched the first "robot burger" restaurant in San Francisco without human staff.

Similarly, California startup Zume is also developing robots that can make pizza. The company's founders said they used the money originally spent on human workers to make high-quality pizza ingredients. There are many similar robots, and the products are made of sandwiches, sushi, noodles, etc.

In short, a large number of human employees need to find new jobs in the future, because companies must take profit as their primary goal and replace human employees with cheaper and more efficient robots.

KNB1-32 Mini Circuit breakers, also named as the air switch which have a short for arc extinguishing device. It is a switch role, and also is a automatic protection of low-voltage electrical distribution. Its role is equivalent to the combination of switch. Fuse. Thermal Relay and other electrical components. It mainly used for short circuit and overload protection. Generally, According to the poles, mini Circuit breaker can be divided into 1P , 1P+N , 2P, 3P and 4P.