In recent years, remote control technology has become more and more widely used in industrial production, household appliances, security, and people's daily lives. In the field of wireless remote control, currently commonly used remote control methods mainly include ultrasonic remote control, infrared remote control, and radio remote control. Since the radio wave propagates from the launch point to all directions, can pass through the barrier, and can spread to a long distance, so its control can be realized in a large area and space, so it has become the main method of remote control. There are a wide range of applications in national defense, military, production, construction and daily life. The long-distance remote control codec transmit and receive components are high-power transmitters (transmitting power 2 to 5 W) that use digital coding chips as modulation signals, and are equipped with high-sensitivity receivers (receiving sensitivity is not worse than 1.5 Î¼V) and coding The chip-paired decoding circuit can complete long-distance wireless remote control, signal transmission, and alarm. The remote control switch system designed by this method is convenient to control, suitable for occasions with more controlled electrical appliances, and can realize multi-channel multi-function control.

1 System chip selection The main chips used in this system are the radio frequency transmitting chip MI-CRF102 and the radio frequency receiving chip MICRF022, as well as the coding chip PT2262, decoding chip PT2272, main control chip AT89C2051 and so on. This article mainly introduces MICRF102 and MCRF022.
1.1 The functional characteristics of MICRF102 chip The chip MICRF102 adopts the latest rapid wireless transmission technology of Micrel Company, which can realize the true "data input, wireless output" function. MICRF102 adopts a new structure to tune all external antenna loops to the internal UHF synthesizer. All of its tuning can be automatically realized in the IC, so you can eliminate the trouble of manual tuning. The MICRF102 has a simple structure and requires very few external components, which is very convenient to use.
The main electrical parameters of MICRF102 are as follows:
â—‡ Working voltage 4.75 ~ 5.25 V:
â—‡ Working current 4.7 mA;
â—‡ The frequency range is 300 ï½ž 470 MHz;
â—‡ Data transmission rate can reach 20 kbps;
â—‡ Standby current is not more than 1Î¼A.
The MICRF102 is packaged in an 8-lead SOIC. Figure 1 shows the pin arrangement. 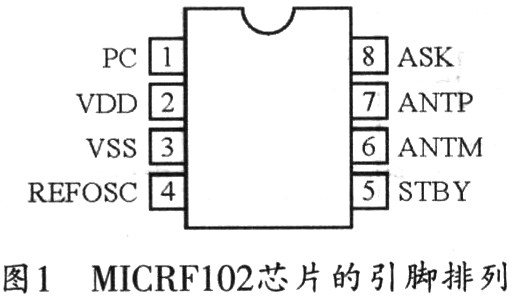 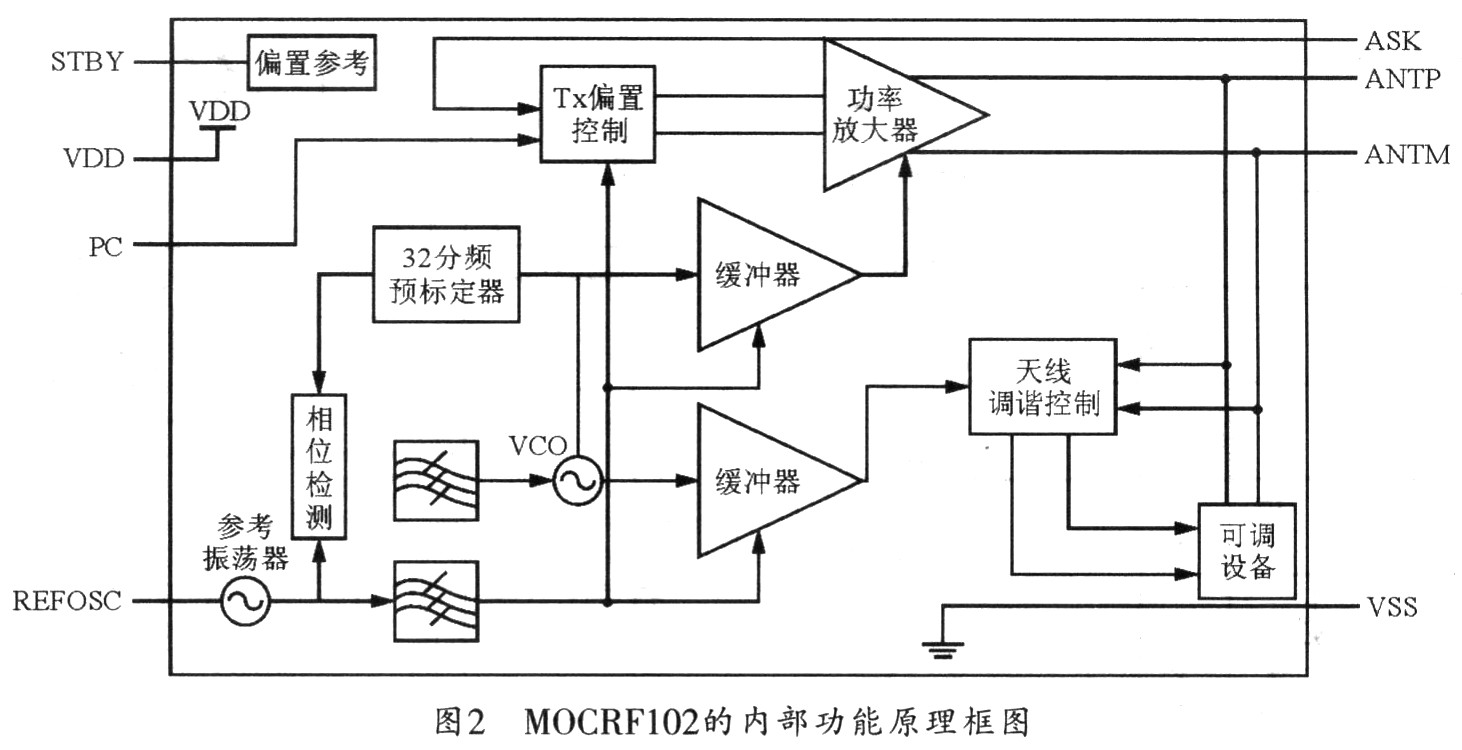 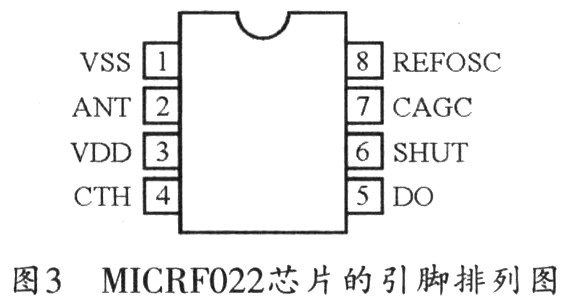 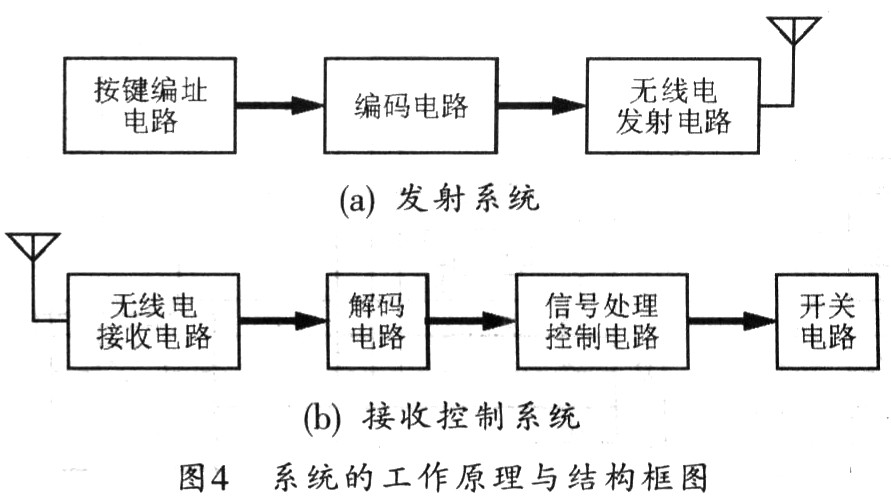 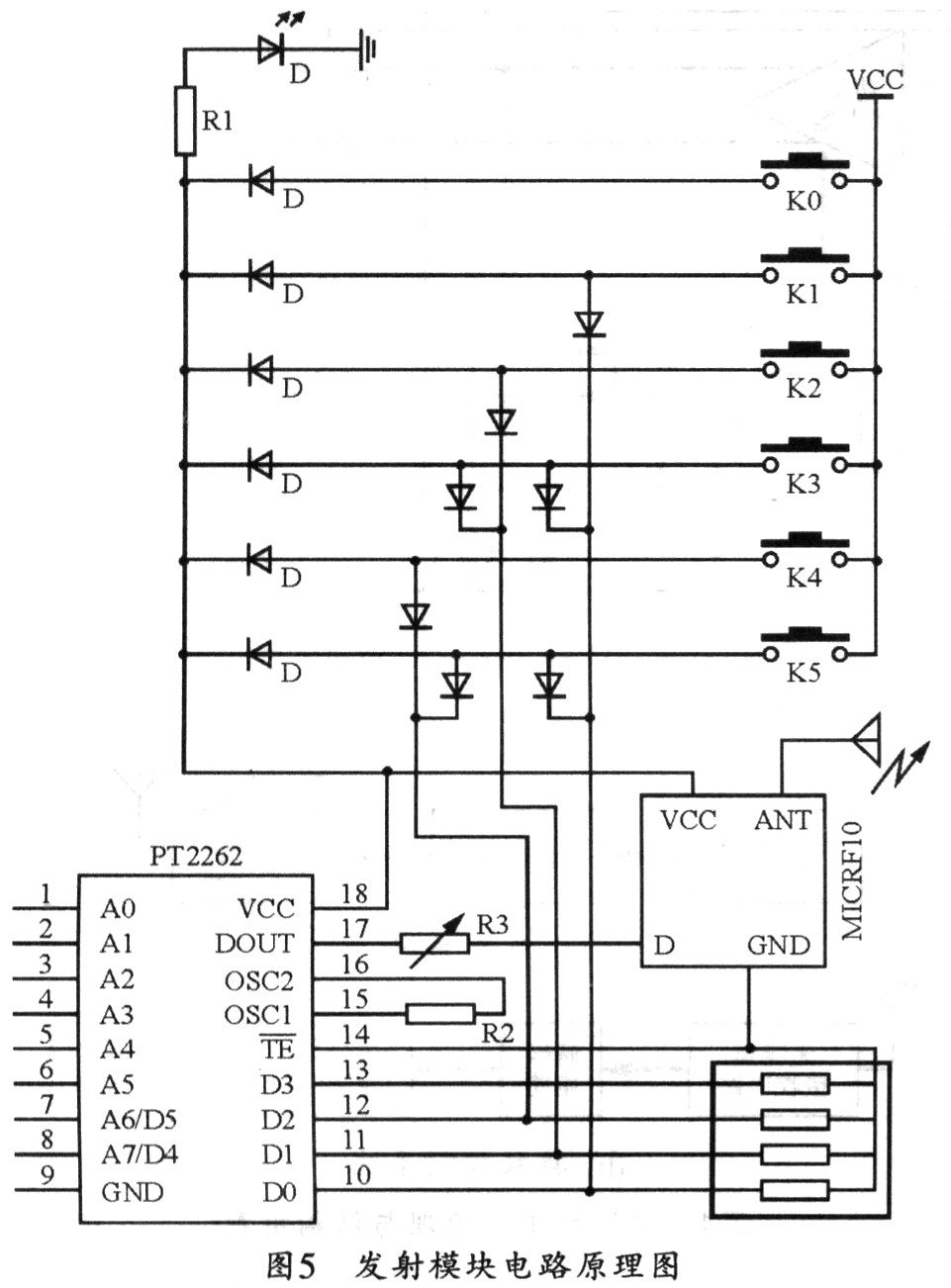 The key coding circuit uses a diode combination logic switch array to address the controlled circuit switches, in which the command coding circuit uses a coded chip set PT2262. Port A of PT2262 is an address code setting port, and port D is a data code setting end, respectively connected to the logic output of a diode combination logic switch array, and the data has six states from 000 to 101. The radio frequency chip used in the transmitter module circuit is MICRF1020. When there is no signal output from the data output terminal of the encoding chip PT2262, the MICRF102 does not work, and the transmission current is zero. When the control terminal of the PT2262 is valid, the output serial pulse signal is carried out To modulate the transmission, the transmission current can be adjusted through the modulation resistor R2, thereby adjusting the transmission distance. The smaller value of R2 can increase the transmission distance, and the addition of a diode switch array can expand the system into a multi-channel remote control transmission module. 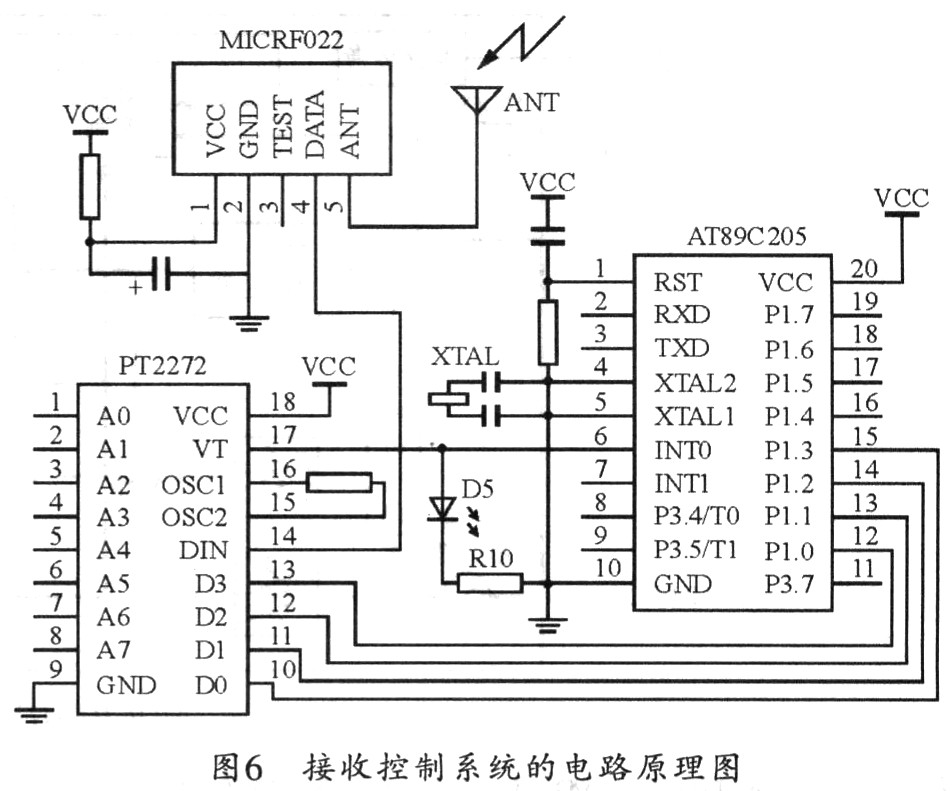 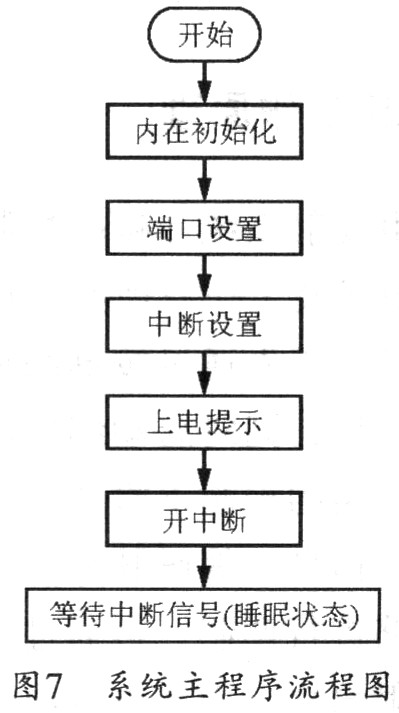 For Warning Lights,we have our own research and development team,we are always committed to providing the best service to all clients,in our company,the Warning Light are mainly divided into these series: