Recently, there have been heavy â€œbombsâ€ on the black market. A 12G data packet has been circulating, including user names, passwords, email addresses, QQ numbers, phone numbers, ID cards, etc., with tens of millions of data.

The Internet does not have real security. In the past few days, "Jingdong 12GB user data leakage" has been widely concerned by users. After all, this involves too many people, and the data includes user name, password, email address, and QQ number.

Both the black and white buyers and sellers said that the data came from Jingdong. 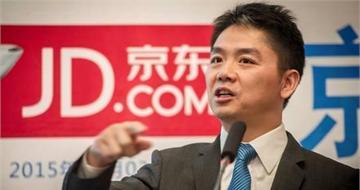 BOE said that it is urgently verifying the authenticity of the data.

Recently, because of this 12G packet, the black product was stirred again. 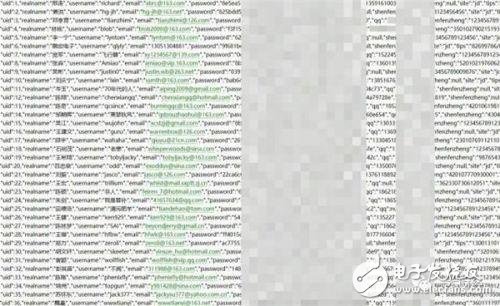 According to industry sources, the data has been sold many times, "at least hundreds of black producers have mastered the data."

"The time for data leakage has been relatively long. As for why it is now circulating, the reason is unknown." According to industry insiders, it is difficult to confirm whether it is "inner ghost" or "hacking."

According to industry insiders, after most of the data is leaked, the hacker will first wash the library, and the login account will clean the valuable content, such as logging in to the game account and transferring the virtual currency. Generally this cleaning process takes months or even longer.

The second time "washing the library" will sell the data, "the data value is exhausted, and the people on the market will be divided."

It is worth noting that the user passwords of these data have been MD5 encrypted, and the original password can be obtained through professional cracking software.

Jingdong said that the Jingdong Information Security Department initially judged the data based on the reported vulnerability of Struts 2 in 2013. At that time, almost all Internet companies and a large number of banks and government agencies in China were affected, resulting in a large amount of data leakage.

Jingdong issued a statement in the early morning, and did not deny that the data came from Jingdong. However, it is emphasized that the preliminary judgment of the data stems from a security breach in 2013. Jingdong also pointed out that at the time, almost all Internet companies and a large number of banks and government agencies in China were affected, resulting in a large number of data leaks, alluding to this problem not only a problem with Jingdong.

Linked to the 2014 Ctrip data leakage incident, the Internet is increasingly dependent on the survival of today, data security is not just an Internet company, the netizens themselves have to act. The corresponding strategies, means and self-rescue methods need to be mastered and used.

Eight measures tell you how to protect yourself for reference:

1, the security payment system is vulnerable, the user's payment log can be easily downloaded, resulting in a large number of user bank card information (including cardholder name ID card, bank card number, password, etc.) leaked, need to quickly log in to the corresponding website payment system, check the transaction Record, bank flow. Including some small bank consumption records, because some bank SMS notifications have quotas, which are often ignored.

2, immediately change the password, and keep it in mind.

3, do not save trouble, do not use the same password on different websites. You can save it with your notes.

5, some data sharing between different Internet companies, sometimes bizarrely appear "collision library" incident, therefore, if you know that a website information disclosure, but also as much as possible to change the name of the property security code.

6, daily use of trustworthy anti-virus software, do not go to the letter on the website to fill in the information, order shopping. Try not to save time and use one-click orders, such settings are more likely to be hijacked than password-filling operations.

8, some sites launched account security insurance services, depending on individual circumstances, you can spend money to buy peace of mind.